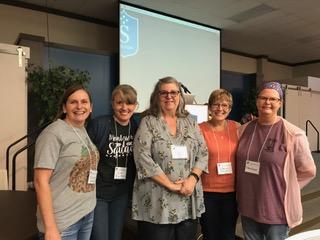 CGMS Director of Education, Kitty Bravo, was thrilled to see some of our adult learners and graduates at the TIME conferences in Houston and Dallas, Texas.
Yasemin Rice (EC cohort P-0619) drove from Austin, TX to attend the conference in Houston on September 21.
A whole gang of CGMS graduates attened the Dallas conference on October 5th.
Kitty commented, “It was such a joy to look out in the audience and see smiling faces from our CGMS community!”
CGMS Elementary Instructional Guide, Jackie Grundberg also presented at both conferences.
We look forward to seeing more of the CGMS community at the Montessori Foundation/IMC conference in Sarasota, November 7-10!
Waco Montessori group with Kitty – Left to right: Margaret Condon, Cara Engelbrecht, Kitty, Stacey Meyer, and Debbie Barber.

Montessori Elementary in Roscoe, Texas,
While in Texas for the Dallas TIME conference, Kitty Bravo took a side trip to visit the CGMS adult learners at Roscoe Montessori Elementary School. The eight CGMS adult learners (EL 619) are working hard to bring Montessori elementary to their small west Texas community. It was wonderful to see the beautiful environments they have created and to see children happily engaged in work. They are certainly off to a great start, building a foundation of Grace and Courtesy and independent learning skills.  It was also great to see how our adult learners are working together as a community to learn and grow their program. CGMS is honored to be a part of this great work! 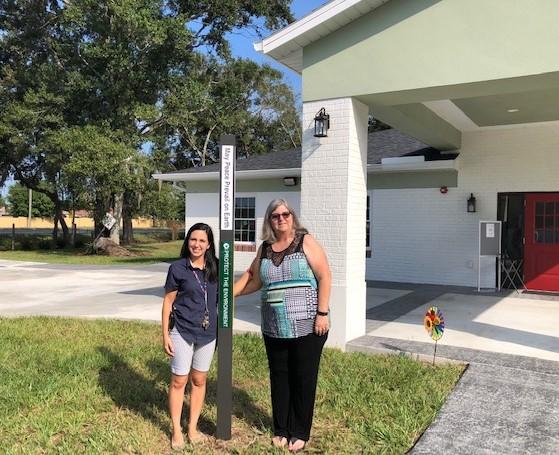 CGMS adult learners Michelle Guerrero and Grace McGrath have been hard at work with Early Childhood courses (P-0618/ graduation expected January 2019), but that’s not all they have been busy with. Their new Early Childhood building was completed in late August, just in time to welcome children to the new school year.  Both Michelle and Grace moved into two beautiful new classrooms, which Kitty visited in September.
Michelle, pictured above with Kitty, is both a teacher and the Director of Early Steps Montessori Academy in Tampa, FL. Early Steps was founded by Michelle’s mother-in-law, Isabel Guerrero, a Montessori educator with over 20 years’ experience. Michelle and Grace are fortunate to have Isabel’s support as they complete their Early Childhood certification. Michelle and her husband are thrilled to carry on Isabel’s work, expanding the school and building a positive community for young learners in Tampa. 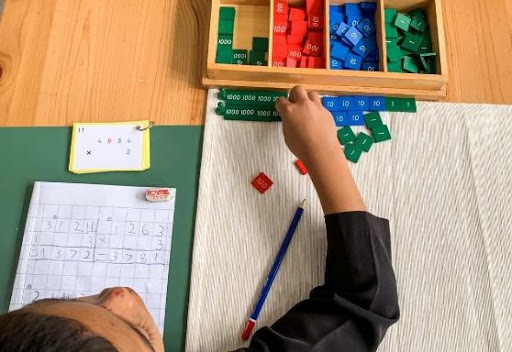 Nusaibah Macadam, Elementary graduate 8-2015/EL 10, has made some big life changes, marrying and moving to Malaysia. She has also opened a Montessori Elementary School. Nusaibah reports,  “My elementary school is now open and running fully. We have 12 children aged 6-9 and there is huge interest from the local people. It’s been wonderful to see the children settle.” 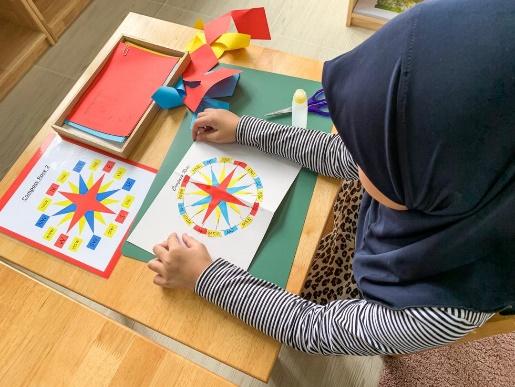 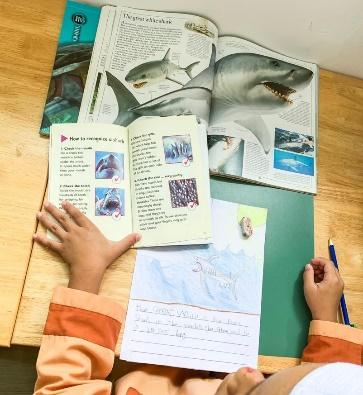 There is so much interest in Montessori in her community that Nusaibah is working on plans to open a training center. It is wonderful to see our graduates spreading Montessori around the world!

Got News?
CGMS current learners and graduates, we want to share your news. Please your news and include a photo if you would like to rkincaid@guidedstudies.com