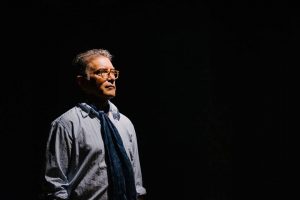 Matty Selman, creator of the new musical La Dottoressa, spoke with The Montessori Post about the background and future of the project.
The Montessori Post (MP): What has been your role in producing the musical?
Selman: As an Emmy Award winning composer, I knew that it would not be enough to simply write “La Dottoressa” — I would have to find a way to share it with, first, those in the Montessori circles, who would immediately understand the thrust and importance of this project.  In so doing, I started wearing many hats: writer, composer, producer, social networker, fundraiser, etc. As the project has evolved over the past few years, others have joined me in my journey to bring this work to the global stage. That being said, my main job these days in fundraising – assuring that we have what is needed to honor this story.
MP: Where are you based?
Selman: I am based in New York City and live in the Broadway  theatre district.
MP: Dr. Montessori was a pioneer in many different ways.  What was your inspiration to name the show ‘La Dottoressa?’
Selman: The title, which I have always loved, “La Dottoressa” means female doctor in Italian.  In a way, the title indicates her always looking after and taking care of those she loved.
MP: In what ways were you inspired by Dr. Ruth Selman in creating this work?
Selman: In 1978, my late mother, Dr. Ruth Selman, an AMS Living Legacy Honoree, started work on a teleplay called “La Dottoressa” about Maria Montessori trying to get into the all-male bastion of the Rome Medical College. She was among the only women ever to pursue such a career at that time  – women were not allowed to work if they were married and there was no infrastructure for the hiring of women doctors. While I thought the teleplay was an amazing window into Dr. Montessori’s life, I, as a composer, felt that music would also convey some of the spirituality in Montessori’s philosophy – the light within.  When my mother passed away in 2014, I wanted to write something in her honor. “La Dottoressa” carries her dream of sharing Dr. Montessori’s life story and is also in honor of all those in history and today who champion the child.
MP: How did you find your creative team?
Selman: The first member of the team was Caryl Fantel, my music director.  I had written a musical with HAIR composer, Galt MacDermot, based on the classic Greek comedy “Lysistrata” – we did a workshop of the show in Florida, at which point I met Caryl and discussed “La Dottoressa” with her.  Subsequently, I met our director, Arianna Bardesono, who is Canadian and speaks fluent Italian. She then put me in touch with our designer, Diana Uribe. My literary agent suggested Linda Cho for our period costumes. Linda  won a Tony Award and was instantly drawn to “La Dottoressa” since her two young boys attend a Montessori school!
MP: Your timeline states that the first production of the musical will be early 2020.  Can you tell us about more locations and dates?
Selman: Dr. Montessori, of course, was a global citizen.  Actually, in her will, she specified that wherever she was when she passed – that is where she wished to be buried. Thus, the little village cemetery in Noorjdvik on zee in Amsterdam is her resting place.  The reason for bringing this up is that we may be having our first production in Beijing! China is the unquestionable new frontier for Montessori. Schools in Beijing and Shanghai are spreading at a rapid rate to accommodate the growing population.   We are also currently looking at the possibility of performing in Chiaravalle, Italy – Montessori’s birth town, as well as a number of US venues, including those in Florida and Texas to do pre-production workshops. The Beijing production will be held in November 2020 at the famous Poly Theatre.
MP: What are your plans to film the production?
Selman: The musical is intended to be filmed after it has toured Europe, Asia and the US.  Ideally, this inspiring story should be shared with those who don’t have the ability to see a show live.
MP: Who do you hope sees the live or filmed musical?
Selman: “La Dottoressa” is a family musical about an amazing woman who challenged the social chains of her day to realize her destiny.  I envision a global audience for this work – which is not based on any movie or TV show. It is an original work about a very original woman.
MP: In what ways do you hope the show inspires the non-Montessori world?  Existing students and teachers?
Selman: Dr. Montessori faced unbelievable and nearly insurmountable challenges in her life.  She was persecuted for much of her adult life, running from country to country, defending her ideas, sharing her philosophy and yet, at the same time, not wanting to take credit for what she felt was the world’s all along.  She was a profound person, a role model, a leader. As the keynote for the first feminist congress in Berlin, she rallied the cause of equal pay for women. In addition to her methodology, she was a great advocate for world peace and asked us to take the children of war into our hearts and minds and protect them at all costs.  Her philosophy of cosmic education evolved during her fruitful years in India. She was a leader, an inspiration and for always, the Champion of the Child.
MP: What else can you tell us?
Selman: Those who wish to be a sponsor of “La Dottoressa” may do so through tax deductible gifts at our donation site: bit.ly/LaDottoressa